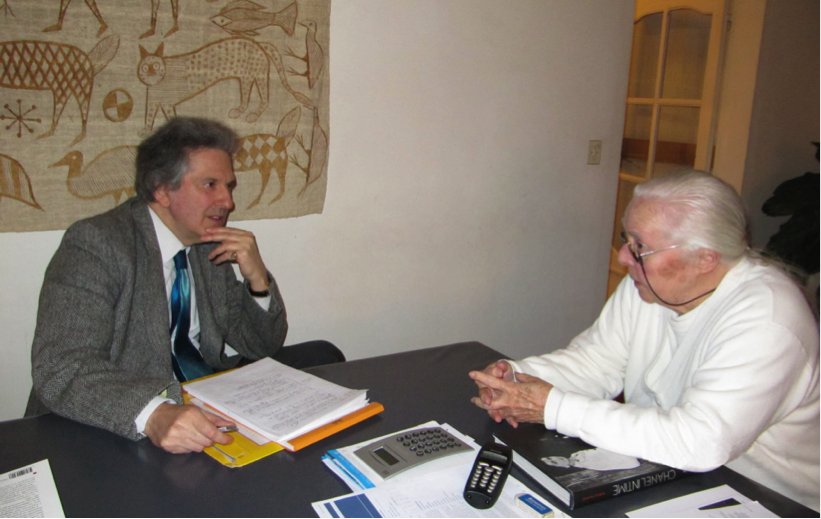 This illustrated volume, to be published shortly in French at Cohen & Cohen in the collection entitled Saint-Germain-des-Prés inédit (Undiscovered Saint-Germain-des-Prés), cannot simply be passed over as yet another publication about the fashion designer. It reconstitutes for the first time Coco Chanel’s own unpublished account of her war, as she recounted it orally to Limouse from 1941 to 1951. He was the artist who interpreted The Flowers of Evil and was President of the Baudelaire Society.

In his twilight years, Limouse conveyed his memories to the author, Isée St. John Knowles. This book reveals them to the public following an extensive investigation by the author, drawing on the last witnesses of Coco Chanel’s war.

Combining personal accounts, dialogued journal extracts and historical notes, the book was hailed as an “unparalleled, ground-breaking work” by Gabrielle Palasse-Labrunie, Chanel’s great-niece who wrote the preface to Coco Chanel, cette femme libre qui défia les tyrans. It sheds unprecedented light on a famous, controverted personality, elusive and solitary who, in wartime, upheld the sovereignty of dandyism and defied the authority of all the protagonists of history.

* On Limouse (1894-1989), the artist who interpreted The Flowers of Evil, see https://www.limouse-societe-baudelaire.com/en/

** Coco Chanel, the freedom-loving woman who defied the tyrants of her day.